Last autumn Apple updated its flagship lineup with the iPhone 13 Pro and 13 Pro Max models. What differences are there between the two, and what does that Max suffix really mean in terms of performance, components and price? Here’s our comparison between the latest Pro iPhones.

As has become the norm with the Pro models, both feature pretty much identical designs. The squarer edges that made their debut on the iPhone 12 series have been retained, making the iPhone 13 Pros something of an ultra-modern version of the classic iPhone 5 form factor.

Obviously, both are much bigger than their august forebear, with the following dimensions: 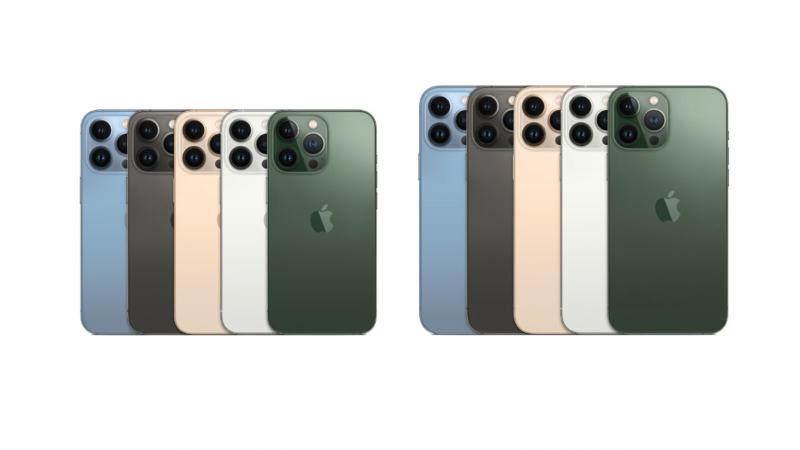 As you can see, the Max is a larger and heavier unit, adding 35g to the weight, which makes it a bit hefty, at least in iPhone terms. The reason for this is to accommodate the 6.7in Super Retina XDR OLED panel, which is more expansive than the 6.1in panel on the iPhone 13 Pro.

Other than this obvious difference, there’s little between the two devices. On either you’ll find a stainless steel chassis, Ceramic Shield protection on the display, IP68 water and dust proofing, triple camera arrays on the back and Face ID on the front, Lightning connectors, MagSafe charging, stereo speakers, volume controls, Side button and a mute slider switch. Both come in a range of colours, including Graphite, Gold, Silver, Sierra Blue and Alpine Green. 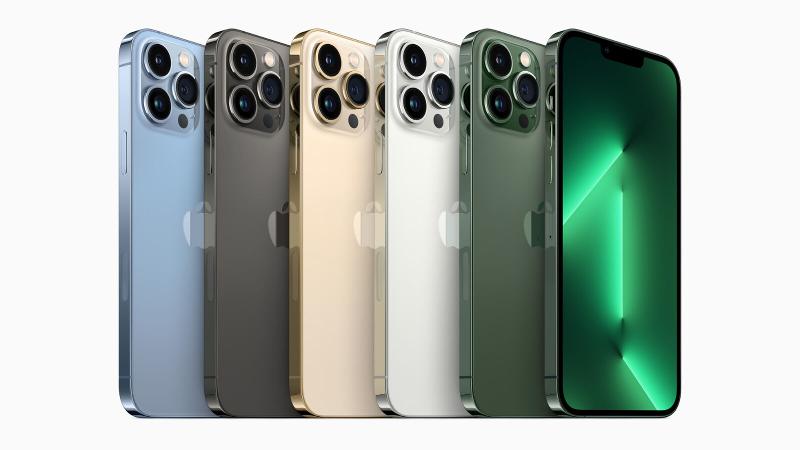 So, they are essentially the same, but the Pro Max is bigger, heavier, has a larger display and costs a bit more.

As these bear the Pro name, you’ll see that Apple has held nothing back in terms of components or features. Either one of these devices is a good an iPhone as you can get right now.

As we’ve already established, the Pro Max has a 6.7in display, while the Pro sports a more compact 6.1in panel. This means that you do get slightly different resolution and ppi (pixels per inch) scores on the pair:

Other than this, you’ll find some of the best displays currently available, with Super Retina XDR panels that offer HDR, ProMotion for super-smooth scrolling enabled by the 120Hz refresh rates, True Tone technology that adjusts the colour temperature of the display to suit your environment, plus a 1,000 nits maximum brightness in normal use (1,200 in HDR) which will make it easy to read the panels when outside in bright sunshine.

All this extra space hasn’t been enough to remove the infamous notch, though. If you’re not a fan, brace yourself for the news that 2022 isn’t going to be the year that you get that longed for edge-to-edge display. (It probably won’t happen until 2024, in fact.) 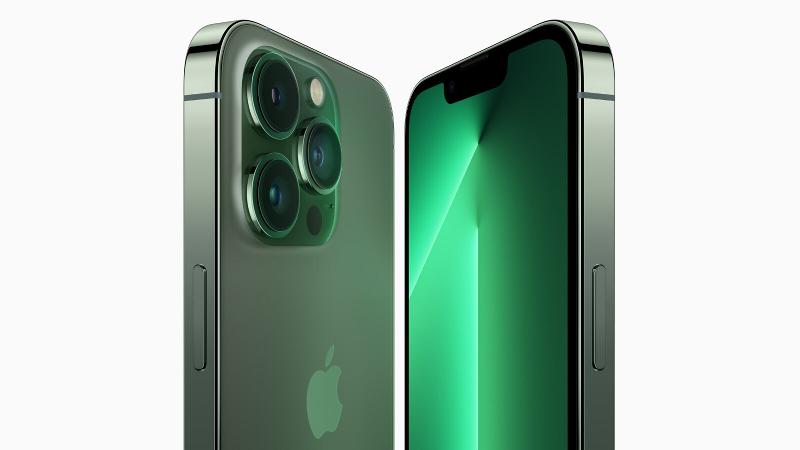 Again, Apple includes its most powerful A-series processor in the Pro and Pro Max (as well as the standard iPhone 13 and iPhone 13 mini), which this year is the A15 Bionic.

This is a 6-core CPU that boasts 4 efficiency cores and 2 performance ones, so the iPhone juggles less demanded tasks onto the former in order to save battery life. There’s also a 5-core GPU that handles the heavy lifting for graphics, plus a 16-core Neural Engine that allows some of the more advanced camera features we’ll outline below.

It’s a hugely powerful SoC (System on a Chip) that makes the annual improvements over its predecessor that we’ve come to expect from new iPhones.

One of the main reasons people opt for an iPhone Pro is the additional camera capabilities usually on offer. This remains the same on the iPhone 13 Pro and iPhone 13 Pro Max as you get a three camera array on the rear which is comprised of the following:

The difference between this line-up and that of the standard iPhone 13 is the Telephoto lens, but the Pros can also capture images in Apple ProRAW as well as shooting Apple ProRes video up to 4K/30fps. These formats are only really for those who are quite serious about their photography and videography, so if you’re not one to pixel-peep or get deep into editing, then the iPhone 13 will probably be the more sensible choice. 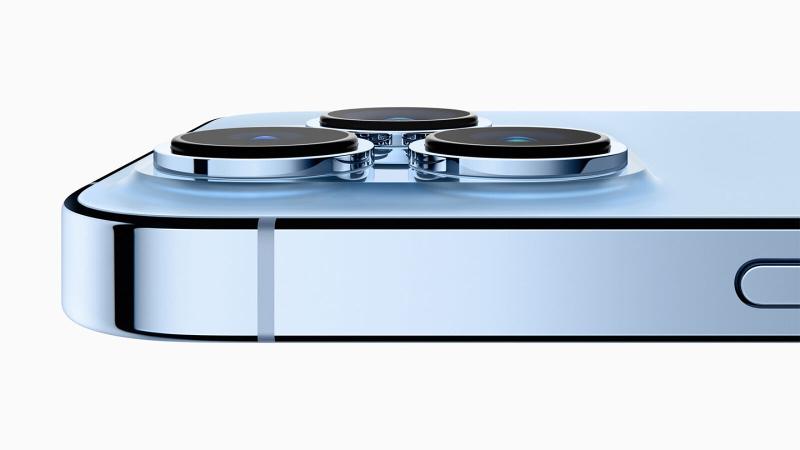 You get additional Night mode portraits on the Pros too, plus 3x optical zoom in, 2x optical zoom out and a 6x optical zoom range, not to mention the 15x digital zoom that slightly embarrasses the 5x offered by the iPhone 13.

But other than that it’s a very similar set of features as that found across the iPhone 13 range. This includes Shift Sensor Stabilisation for rock-solid footage, Portrait mode, Portrait Lighting, Night mode, Photographic styles, 4K/60fps video recording, Audio Zoom, Time lapse with stabilisation (and Night mode now), plus the new Cinematic mode for video which allows you to have a shallow depth of field so you can blur out the foreground or background and make your footage look professional.

The 12Mp f/2.2 TrueDepth camera on the front is no slouch, with Smart HDR 4 making photos looks rich and colourful, Portrait modes and Photographic styles allowing you to create cool selfies, plus there’s the Cinematic mode for video, Night mode, Slo-Mo (1080p) and 4K/60fps capabilities.

You can get either model in one of these four storage capacities:

The larger frame of the iPhone 13 Pro Max means Apple has been able to include a bigger battery than in the iPhone 13 Pro. The former gets a 4352mAh cell, while the Pro comes with 3095mAh one. Apple states that these will respectively deliver 28 hours and 22 hours of video playback.

Should you find you’re running low, then the fast charging capabilities on both will see you get back to 50% in 30 minutes, although you’ll have to buy the charger yourself of course as Apple doesn’t include one in the box any more. If you have a Qi charger or MagSafe charger, then they should both work happily on either Pro device.

Apple brought 5G to the iPhone with the iPhone 12 range, and it’s now standard across all the iPhone 13 models. You’ll also find Wi-Fi 6, Bluetooth 5, GPS, and NFC for making payments with Apple Pay.

Here’s a breakdown of the technical specifications for both iPhone Pro models:

The Pro name should indicate that you’ll be paying a fair old whack for either of these models. Here’s how they line-up:

You can buy either directly from Apple, any consumer tech retailer or on contract from your mobile service provider. Be sure the check out our guide to the best iPhone 13 Pro and Pro Max deals to see if there are any bargains available at the moment.

Apple has made it very simple when it comes to deciding between its current iPhone 13 Pro models. It pretty much boils down to the size of the device. If you want the biggest screen and longest-lasting battery, then the Pro Max is the obvious choice. But those who prefer a more compact device will be happy with the Pro. Otherwise, they are practically identical, bursting at that gills with all the latest features and components the company can offer.