We all know that the battery life of a phone is not limitless and that iPhones do not have a great reputation for lasting as long on one charge as other smartphones.

Unless you stick close to a power outlet, you’ll need a power bank or battery case to top up on the move.

Apple’s recent iPhones boast a technology called MagSafe that offers a tidier solution than carrying around a cabled power bank.

It allows enabled accessories to magnetically latch on to the back of the iPhone for wireless charging or other functions.

Apple’s MagSafe Battery Pack offers a power boost when your iPhone’s internal battery is running out on you. 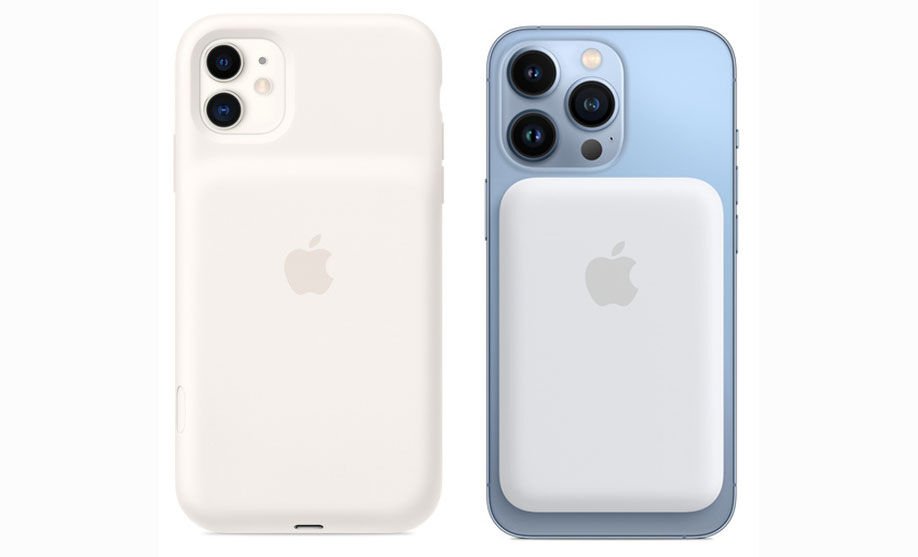 Clamped to the back of a white iPhone, it creates a hump reminiscent of Apple’s old Smart Battery Case, see above left.

That full Smart Battery Case (sadly unavailable for iPhone 12 or 13 ranges) was derided for its humpback, but we loved it for its smart features, battery life and all-round protective duties. We have tested a third-party alternative – the Newdery Battery Case for iPhone 13 and 13 Pro – if you desire the protection and can live without the Apple logo, smart features  and official certification.

The MagSafe Battery Pack is similar in looks when magnetically locked to the phone but lacks the robust protection you get with a battery case.

You can, and should, of course, keep your precious phone in a protective case, and then to use this battery pack you’ll need to buy a MagSafe-friendly case.

While it matches well with a white iPhone, the lack of MagSafe Battery Pack colour options means it will literally stick out on any other colour iPhone. In comparison, Anker’s similar MagGo 622 battery pack comes in five mellow colours. Read our Anker MagGo 622 Battery Pack review.

Apple’s pack charges via Lightning cable rather than USB-C (used by Anker and other magnetic power bank makers), but this makes sense as all iPhone users will have a Lightning cable to hand. USB-C is the future, though, and these days fewer wall chargers come with old-standard USB-A ports that work with regular Lightning-to-USB cables. No cable is included with the Pack.

The magnetic clamp is strong, allaying fears that it might slip off the phone and get damaged or lost. 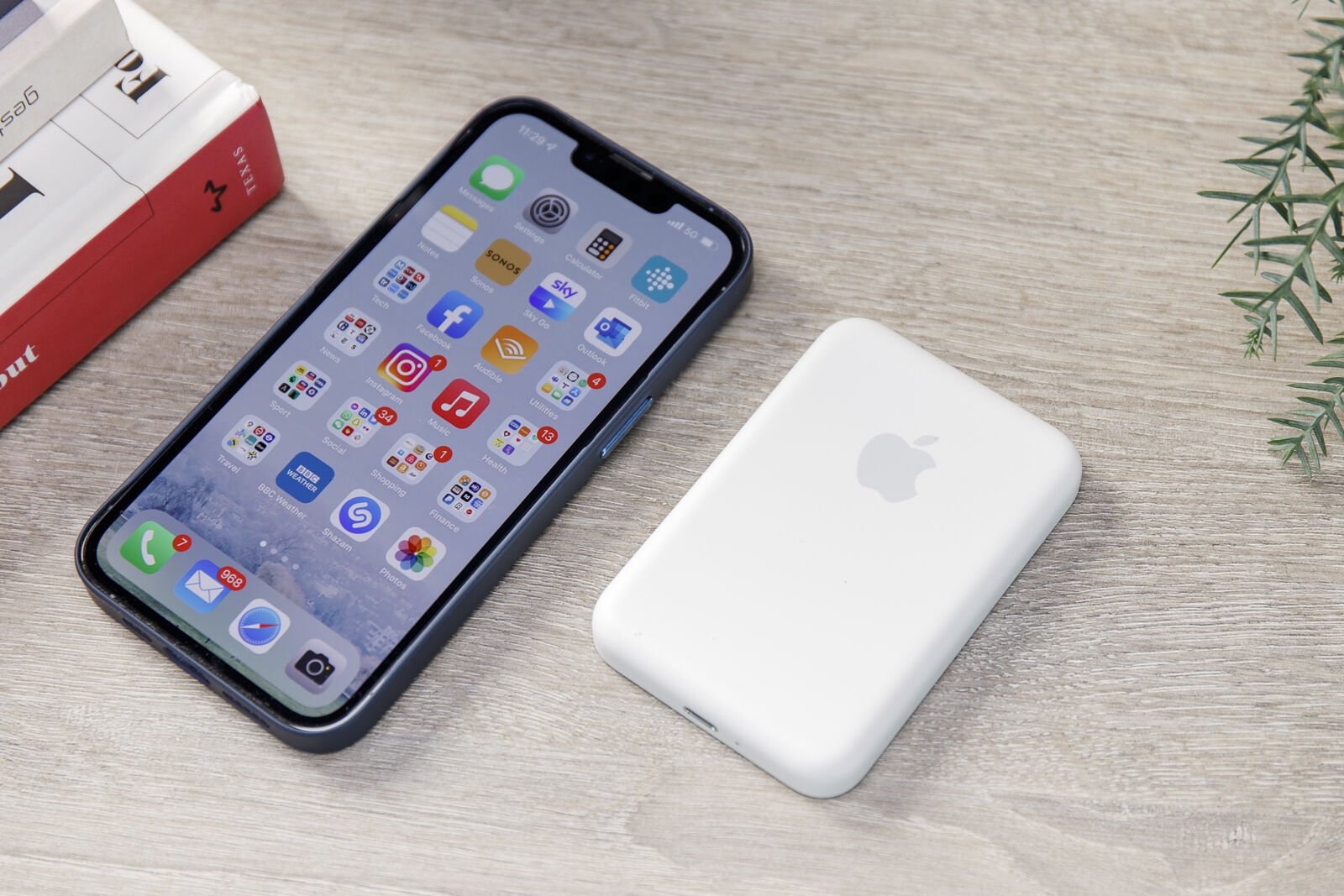 (We’ve listed the battery capacities of every iPhone for your delectation.)

The Apple pack has a higher voltage potential (7.62V) than the iPhone (3.81V) or the Anker pack, meaning that it can provide more power to an iPhone than its mAh suggests; in fact, it works out as equivalent to 2,920mAh.

It makes more sense to compare each battery’s Watt Hour specification. The difference between Anker’s 19.13Wh and Apple’s 11.13Wh is still great (172% more power from Anker) but less distant than the unadjusted milliamp rating first suggests.

That’s the good news, but there’s a further blow to the battery power… and not just for the Apple pack. The Apple Battery Pack should be able to nearly fully charge an iPhone 13 Pro, but it doesn’t get close because of the inherent inefficiency of wireless charging.

When charging wirelessly, up to a staggering 50% of a battery pack’s charge to the phone can be lost to bad placement and heat loss, plus other environmental factors – compared to a wired charging connection.

As the magnetic fit is so precise and strongly locked, MagSafe wireless charging is much more efficient than standard Qi wireless charging where the device just sits on top of the charger. Anyone who has fiddled their phone into the correct position for wireless charging to commence will know that placement isn’t always easy. With MagSafe, it locks into the exact position.

MagSafe charging remains inefficient (it’s still wireless after all) but maybe loses only 30% of the attached battery charge because the placement is so precise – and that brings the Apple pack closer still to the Anker pack because the higher-capacity battery loses more of its charge at 30% than the smaller one.

For wired MagSafe charging, read our roundup of the best MagSafe chargers. Remember that, while wired, the actual charging is wireless so comes with the same limitations, although, when connected to a 20W or higher wall charger, it can charge an iPhone 12/13 at up to 15W compared to the MagSafe Battery Pack’s 7.5W.

When Apple originally released the MagSafe Battery Pack it could charge an iPhone at just 5W, comparing poorly to rival magnetic battery packs that charge at 7.5W.

Thankfully, Apple has fixed this inadequacy with a firmware update (2.7).

If you already own the Battery Pack, to get 7.5W charging on the go you need to update it to the latest firmware. This can be done in two ways: one extremely slow, one super-fast. Guess which one we recommend.

The firmware update can begin automatically after you attach your battery pack to your iPhone but this method can take about a week!

If you’d prefer an update that takes five minutes, plug your Lightning cable into the battery pack and the other end into your Mac or iPad. The firmware update will then speedily bring your pack up to date and raring to go at 7.5W.

We tested the Apple MagSafe Battery Pack and its rivals with a simple battery recharge shootout. We let our test-unit iPhone 13 Pro (3,095mAh battery capacity) drain to just 5% and then set the Battery Pack to work recharging the phone.

We then assign it a score of whatever percentage it managed to charge the iPhone to and subtract the 5%; we test each model at least twice. It’s not a real-world test of day-to-day use where you’ll likely be using your phone for various tasks (of varying battery usage). But it does give us a score that we can use to compare different battery-pack models.

The Apple MagSafe Battery Pack scored 60% in our test, showing that it won’t supply a 100% recharge, or anywhere near it.

On the plus side, its extra battery life is slightly greater than with Apple’s old Smart Battery Case. 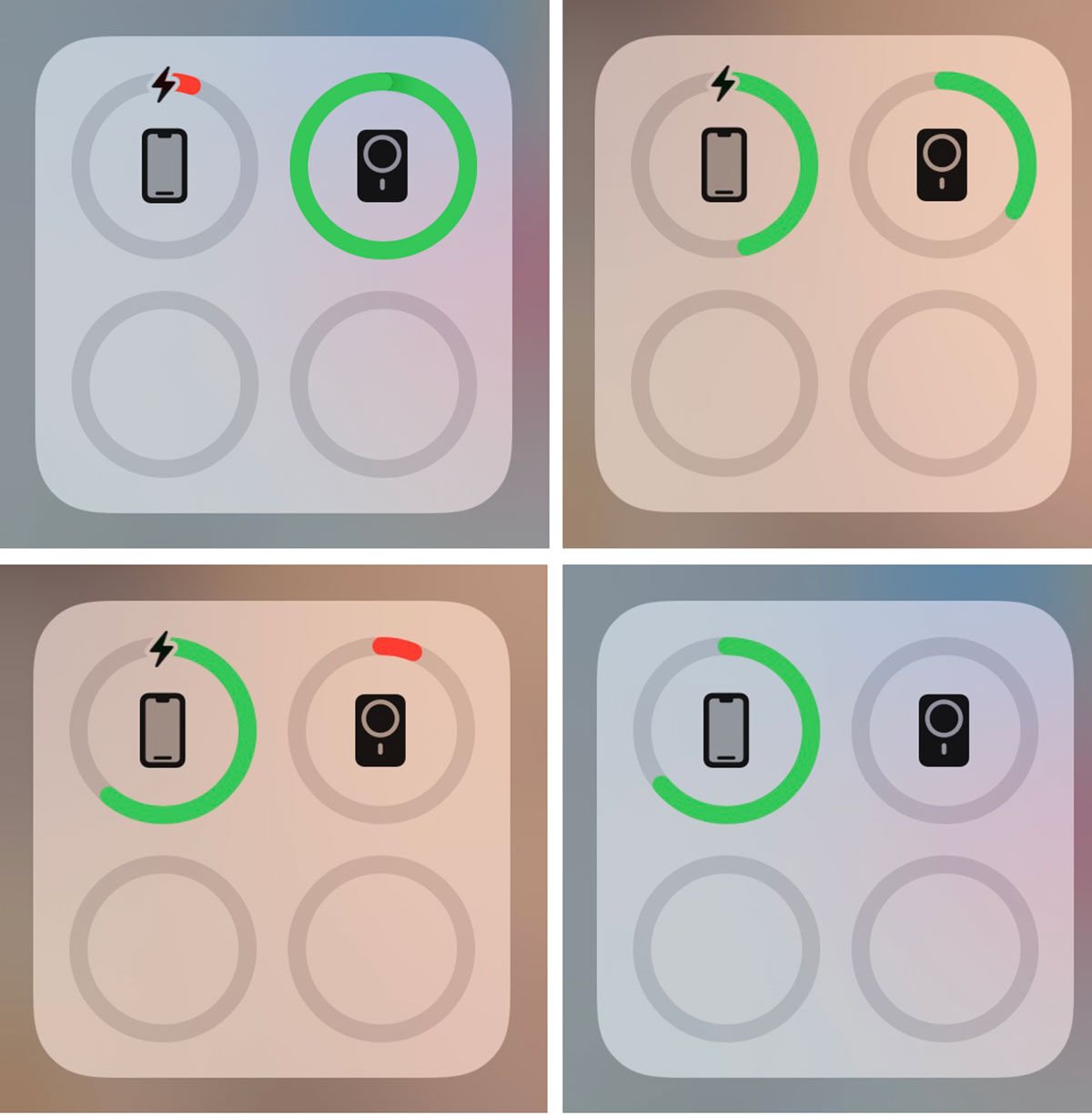 So far we’ve been disappointed by the Apple MagSafe Pack’s battery life, especially in comparison to its cheaper non-Apple rivals.

But, with its advantage of owning the hardware and software, Apple’s battery pack has smart features up its sleeve that are missing from the alternatives.

For starters, just as with the AirPods, the MagSafe Battery Pack shows its charge in the Battery widget on the iPhone’s Today view – just swipe right from the home screen to see all your Apple battery charge info in one place.

Apple’s battery pack can charge the phone simultaneously with the Lightning cable, reaching a maximum 15W charge as long as the wall charger is rated at least 27W.

The iPhone can even reverse charge the MagSafe Battery Pack if its internal battery is full and connected to power.

The MagSafe Battery Pack stops providing a charge if the iPhone reaches 90%. This offers your iPhone’s internal battery protection as batteries survive longer when not charged to the maximum each time.

Another protective feature is that if the iPhone becomes too hot, the MagSafe Battery Pack stops charging over 80%.

The MagSafe Battery Pack automatically charges the iPhone, so there’s no need to turn it on or off. Most third-party MagSafe battery packs require you to push a button to initiate charging. 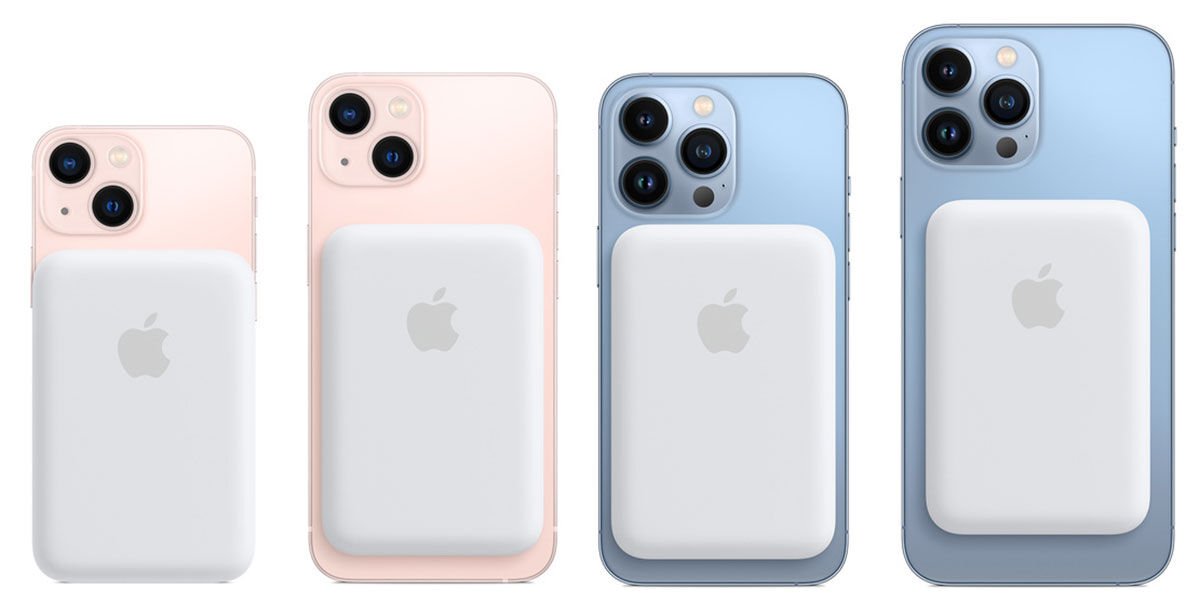 Alternatives from Anker and Belkin are less expensive and with higher battery capacities, but do lack Apple’s smarter features.

We’d have loved a full protective Smart Battery Case from Apple, as we got for the iPhone 11 and earlier, but Apple has set its heart on MagSafe and so detachable is the only option, and it has to be in white.

Compatible with all models of iPhone 12 and 13, the Apple MagSafe Battery Pack is an intelligent and convenient power pack that magnetically clamps to the iPhone.

Which iPad model have I got?