If you like multiplayer games, try out these Multiplayer online battle arena games for Mac and team up with or compete with your friends.

We also have eleven separate articles covering our favorites in each game genre. So if you want more of the same, select your favorite genre from the list below and jump to that article.

It was the original DOTA – Defence Of The Ancients – that really popularised the MOBA genre (multiplayer online battle arena), but this sequel has had a somewhat chequered history on the Mac. Someone once described the Mac version of DOTA 2 as a “cruel joke”, because of its poor performance, and just when the Mac version seemed to sort out the worst of its problems, Yosemite came along and seemed to break it all over again. Recent updates from Valve itself actually seemed to make matters worse, and it’s only recently that we’ve even attempted to dip our toes back into the murky waters of DOTA 2 once more.

Those waters can indeed be deep, dark and murky at times, as DOTA 2 is an extremely complex game. That’s mainly due to the sheer number of heroes that you can choose from, each with their own different abilities, weapons and item combinations that can drastically affect the way that you – and your opponents – play. Fortunately, the current incarnation of the game now includes an extensive tutorial mode that introduces you to the basics of combat, as well as including bot matches against computer-controlled opponents that can help you to sharpen your skills.

Even so, DOTA 2 remains a demanding game that will require many hours of practice before you even start to master the basics of online combat. It’s rewarding when you finally start to get results, but there are more recent MOBA titles – such as Blizzard’s Heroes Of The Storm, that offer a gentler introduction to online brawling. 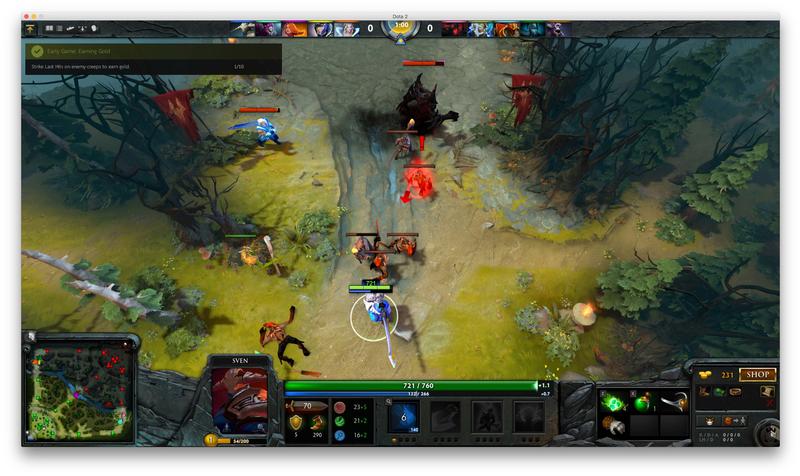 Valve’s DOTA was one of the first games that helped to popularise the MOBA category – multiplayer online battle arena – of online games a few years ago, and the DOTA 2 sequel still has millions of players all around the world. However, the MOBA genre has been eclipsed in recent years by ‘battle royale’ games, such as the world-conquering Fortnite, so Valve is attempting to bring some new ideas to the MOBA scene with the new DOTA Underlords.

Underlords is available on a variety of devices, including Mac, PC, iOS and Android, and you can sync your game data across different devices, which means that you can start playing on an iPad on the train to work in the morning and then continue on your Mac when you get home in the evening. The game is free to play, and is currently in its ‘beta season’ testing phase, although we imagine there will be the usual selection of freemium purchases to unlock new heroes and items once the game has been officially launched.

It will help if you’ve played DOTA or other similar games in the past, but Underlords does include a tutorial to help you get started. Each round of battles begins when you choose your ‘crew’ from a selection of predefined hero characters. Each hero has their own powers and abilities, such as the stealthy Assasin or the shape-shifting Lycan, and you can combine heroes so that their abilities complement each other, as well as upgrade them to make them more powerful as you progress through each round of battles.

Once you’ve selected your crew you simply place them on a battlefield – which is divided into squares like a chessboard – and let them fight for themselves (hence the term ‘auto-chess’ that is sometimes used to describe this type of game). Along with the tutorial, Underlords also includes an offline mode that lets you practice against an AI opponent, and you can then move into the Casual or Ranked multiplayer modes where you play against other people online.

Playing Underlords feels a little like a computer card game, where you select your cards and place them on the board to start a battle, although its 3D graphics and special effects may make it feel a bit more accessible and appealing to newcomers. And, as the game is free to play, there’s nothing to prevent you from trying it out on any of your computers or mobile devices. 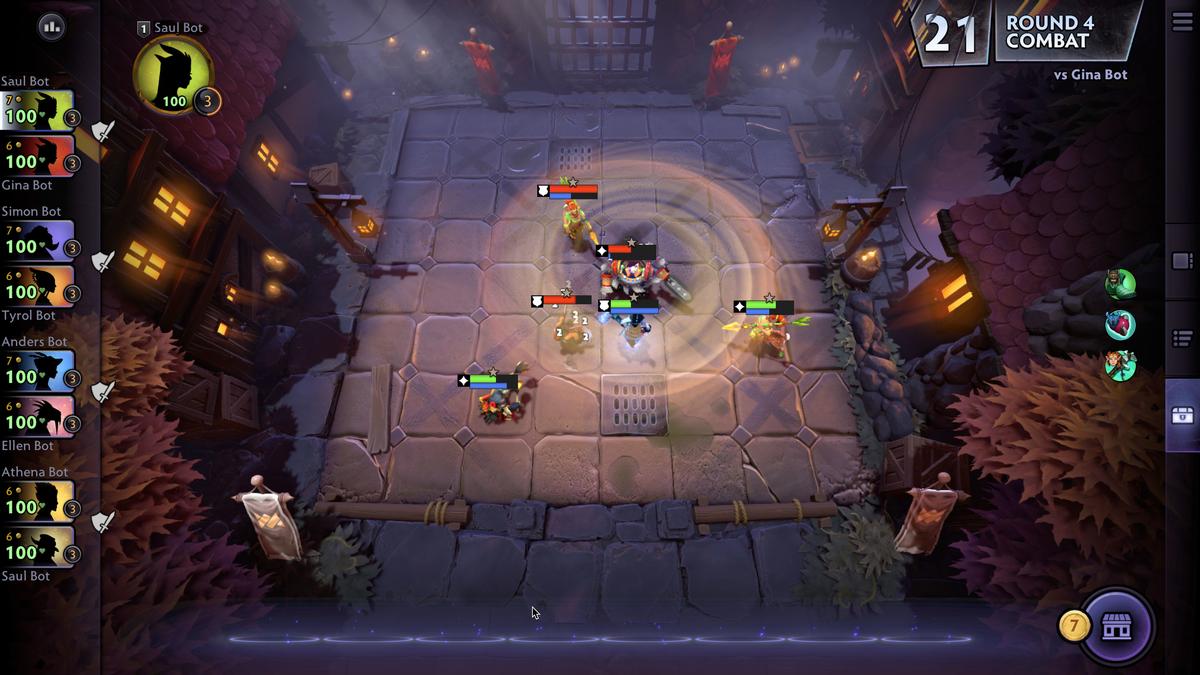 Heroes Of The Storm follows the same format as MOBA rivals such as League of Legends (below), with two teams of players fighting to control towers and other landmarks within each battle zone. However, HotS has a trump card up its sleeve as it allows you to play with familiar characters from other Blizzard games, such as Diablo, StarCraft and World Of Warcraft, making the same feel accessible even if you’re new to the MOBA genre.

But online games need to provide a steady stream of updates and new content in order to keep players interested. Heroes Of The Storm has delivered an almost never-ending list of new characters for you to play, as well as new battle ground maps, and even entirely new game styles, such as the Brawl mode that was introduced a few months ago.

Heroes 2.0 – as it’s being called by Blizzard – has arrived just as the game is celebrating its second birthday, and it does more than just adding a bit more content. There are the usual additions, such as the new cyborg assassin Genji, and an updated set of ‘challenge’ quests that encourage you to bring friends into the game by offering goodies such as skins and mounts when you work together to complete the quests.

More importantly, Heroes 2.0 also updates some of the game’s core systems, such as the way your characters progress and gain new levels during each battle. It now takes your characters a little longer to progress through the early levels in the game, but the higher levels are slightly easier, which makes it less of a grind for regular players who want to level up their most powerful characters. The maximum level cap has also been removed altogether, so you can just keep on levelling and getting more and more powerful with every game.

Blizzard has also shifted some of the emphasis away from spending gold in the online shop, to rewarding players with Loot Chests that are stuffed with items (an idea borrowed from the hugely successful Overwatch). You get one Loot Chest every time you level up, with special Rare and Epic chests every five or 25 levels – ensuring that you’ve got even more reasons to keep on coming back for more. 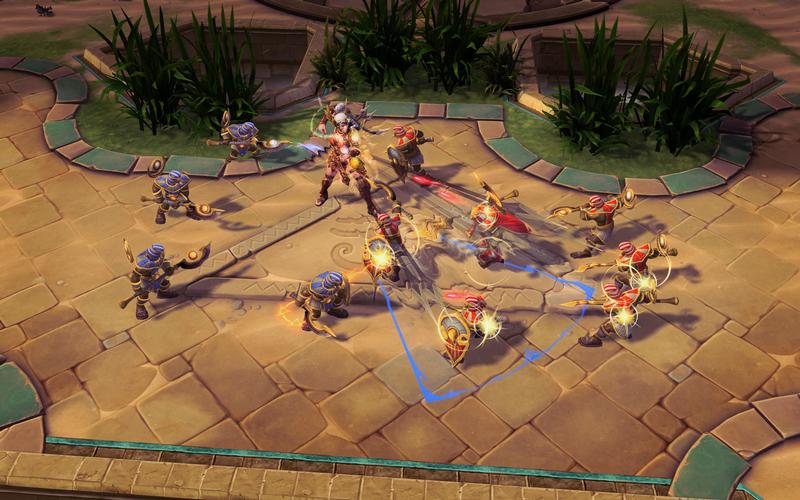 Gamers always have room for a great real-time strategy title, and it’s time to make room for League of Legends. Identical to its Windows counterpart, LoL for Mac divides its players into two teams, each attacking the other’s base and attempting to dismantle their opponent’s tower defences and win the round. You can choose from more than 110 Champion templates (characters), and customise their skill set with points earned from matches.

Beyond nifty graphics and sound, there’s a near-infinite number of ways to play League of Legends, thanks to its large library of Champions, each with their own abilities: from warriors and mages to robots, pirates and ninjas.