Two of the most popular iPads available are the iPad Air and the budget-friendly iPad. Both have a 10.2in screen, but there are a lot of differences and a big leap in price. We compare Apple’s cheapest iPad and the one that veers close to being a Pro in all but name. It’s iPad Air (2022) vs iPad (2021).

Thanks to Apple giving the Air a major redesign in recent years, it’s quite easy to tell these two devices apart just by looking at them. The iPad (2021) retains the classic layout that features bezels around the 10.2in display, and the lower one accommodating the Home button with Touch ID. You won’t find a Home button on the iPad Air (2022), but that doesn’t mean it has Face ID – instead a fingerprint sensor has been cleverly included in the power button on the top edge. Because there is no Face ID there is no requisite notch, leaving the Air with an uninterrupted 10.9in display. 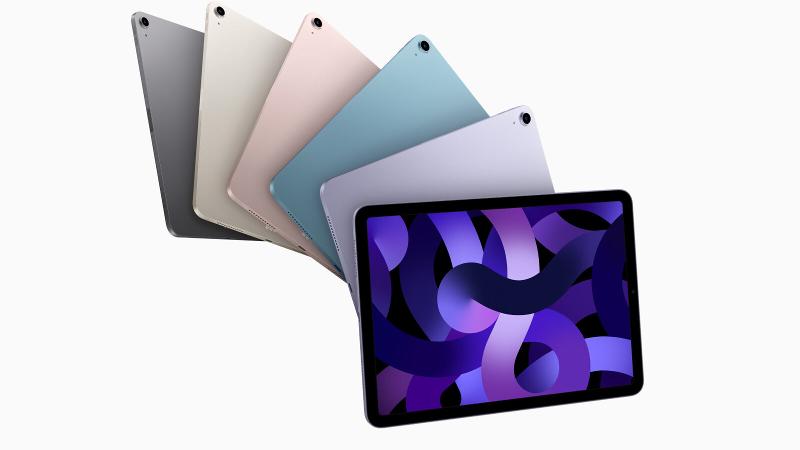 Both iPads come with a single main camera on the rear, plus another on the front, although the iPad Air’s are both better (more on that below). The iPad (2021) is something of a rarity as it still offers a 3.5mm headphone jack and a Lightning connector – in fact it’s the last of the current generation to come with Lightning, as the iPad Air (2022) and all other iPad models have now moved onto USB-C.

They differ a little in size and weight, as you can see from these dimensions:

The iPad (2021) is available in two colours – Silver or Space Grey – but Apple broke out it’s paints for the iPad Air (2022) which you can buy in one of five (mainly) pastel colours.

While these are both iPads and can do most iPad things, when it comes to components there some significant differences that you should know about.

As you’ll have already noticed above, the iPad Air comes with a larger 10.9in display, as opposed to the 10.2in panel on the iPad (2021). The Air’s offering is also fully laminated, meaning there is no air-gap between the glass panel and the digitiser underneath, so you feel like you’re touching the actual pixels. This isn’t a dealbreaker for anyone wanting the iPad (2021) though, as unless you use them side-by-side or have a fully laminated display in your current iPad, you may not even notice the difference.

Both offer the same 2,360 x 1,640 resolution, with 264ppi, 500 nits of brightness and True Tone technology. So, they are very similar of what they present to the eye. The iPad Air (2022) does have an anti-reflective coating and has a higher range of colours, but again these are quite marginal gains, especially when you consider the price difference. 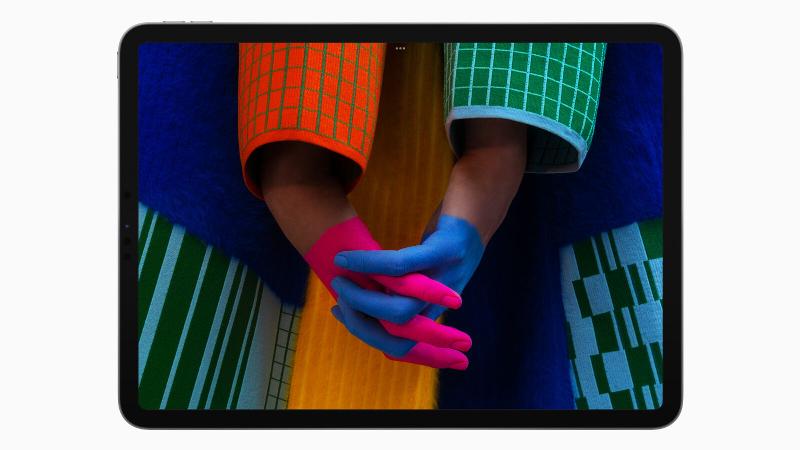 Where the iPad Air (2022) has a major advantage is with its processing power. Apple recently upgraded the Air to incorporate the M1 processor, which is the same one that powers the iPad Pros and some Macs. This is a serious piece of silicon and arguably too powerful for what most people do with an iPad. But, if you want to get into digital art, play graphically intensive games or just have a really powerful device that should last for years, then the Air certainly makes a compelling argument for itself.

The iPad (2021) is hardly a stumbling fool of a machine though, with the A13 Bionic chip at its heart more than capable of keeping up with the typical demands users place on an iPad. After all, this was the processor that powered the iPhone 11 Pro Max, so it has plenty of poke. No, it won’t smoke the M1, but if you just want to stream Netflix, write some documents, video call your family or play less-intensive games, you won’t have any problems doing that on the iPad (2021).

Storage options are the same on both devices, with the most affordable model coming with 64GB (which feels a little tight in the modern age), or for an increase in price you can move up to a far more spacious 256GB. Quick tip: If you intend to use the cameras on the Air to their full extent, 64GB will run out very fast unless you also invest in iCloud storage for your photos.

While we’re not the biggest fans of using an iPad as a camera, you can certainly record some decent results with either model. The iPad (2021) comes with an 8MP, F/2.4 Wide camera on the rear, which can employ HDR for photos and capture video up to 1080p at 30fps. It’s a bit better on the Air, which has a 12MP, f/1.8 Wide camera that has Smart HDR 3 and can go all the way up to 4K at 60fps. 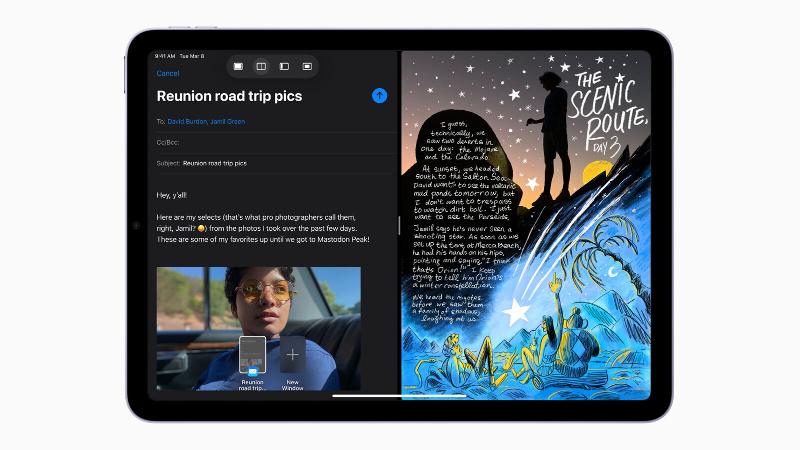 The front cameras are a lot closer in spec, as they both feature a 12MP, f/2.4 Ultra Wide unit that can record video up to 1080p at 60fps. Centre Stage is another shared feature, with the clever software ensuring that you remain in the middle of any video calls even if you’re moving around. If you just want an iPad to video call the family and look good doing it, there’s nothing really to separate the two devices.

The specs lean more in favour of the Air when it comes to getting online. Wi-Fi 6 is order of the day, whereas the iPad (2021) remains back on Wi-Fi 5. Now, here’s something to know. Unless you’ve upgraded your home router to a Wi-Fi 6 compatible one, then there will be little difference in speed. Just bear that in mind. Bluetooth is better on the Air, with its 5.0 connection proving a little stronger than the 4.2 of the iPad. Either will connect to speakers and headphones though.

If you choose a cellular version of the Air you’ll be able to access 5G networks (providing your SIM and network plan supports it), while the humble iPad will continue to use 4G networks instead.

Here’s a detailed breakdown of the technical specifications for both devices:

We usually recommend that you choose the model with more storage, 64GB can be a bit tight, especially if you don’t have iCloud to store photos and music and other information off device. In that case, you could still save £130/$140 buy choosing the 256GB WiFi iPad rather than the 64GB iPad Air. If the extra storage is worth more to you than the faster processor and better rear camera then it makes sense to stick with the standard iPad.

The iPad (2021) is also available to buy and offers these models:

Check out the best iPad 10.2in deals for more deals on the different models.

The iPad Air (2022) is available to buy now and comes in the following configurations:

Check out the best iPad Air deals for more deals on the different models.

Be sure to check out our roundups of the best iPad deals to see if you can pick one up for even less than the figures outlined above.

The iPad Air (2021) is an excellent, modern take on Apple’s vision for a tablet. It’s very fast, thanks to the M1 processor, looks great and has plenty of futureproofing built in. Of course, this all comes at a price and in recent years that has gone up quite a bit. We usually recommend against 64GB iPads, as it seems more likely to struggle with space if you intend to use it for a while. With that in mind, the Air really starts at £719/$749 for the 256GB version, which makes it an expensive device.

The iPad (2021) on the other hand, even at 256GB, remains solidly under the £500/$500 mark and offers plenty of performance and features, including support for the less expensive version of the Apple Pencil. If you don’t need the extra power of the Air and don’t mind having a Home button on the front – you may even prefer it – we think it’s still one of the best bargains in the Apple catalogue.