The new iPad Air (2022) has arrived, bringing with it the mighty M1 processor and a few other upgrades. But is it enough to warrant upgrading from an iPad Air (2020)? Should new buyers grab the new model, or would they be better advised picking up the older model at a discount as stores sell off their left-over stock?

Here’s a quick comparison of the two, as we split Airs.

The iPad Air received a major facelift in 2020 when Apple ditched the Home button and muted liveries to go full-screen and finally bring some colour to the platform.

Two years on and things haven’t really changed at all. In fact, comparing the dimensions shows that both sport 247.6 x 178.5 x 6.1mm chassis, while the weight is virtually identical: the newer version tips the scales at 3g heavier than its 2020 equivalent (at 461g) for the Wi-Fi version, or 2g heavier (462g) for the cellular. 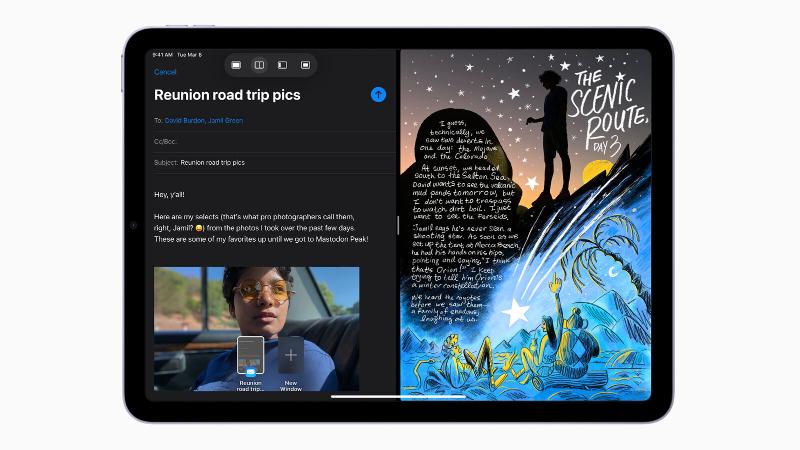 One strange story which has emerged online is some people reporting that due to the back of the new iPad being quite thin, the material actually creaks as it flexes.

In our recent iPad Air (2022) review, David Price found that his sample didn’t suffer from the problem, but our sister publication Tech Advisor had an iPad Air (2022) which did creak. Whether this is a production failure or simply a bad batch is unclear at the time of writing, but it’s something you may need to bear in mind if you would find this kind of thing a problem.

Unwanted sound effects aside, there’s practically no aesthetic difference between the 2020 and 2022 versions, with both featuring identical 10.9in Liquid Retina displays. And while the Home button is absent in both cases, you won’t find Face ID on these models as instead Apple employs a fingerprint sensor in the power button.

You’ll find support for the second-gen Apple Pencil on both devices, as well as Smart Connectors that let you use the Apple Magic Keyboard and Smart Folio Keyboard. The significance of this is that if you want to upgrade from the older model to the newer one you won’t have to replace any of your accessories.

The new iPad Air does feature an upgraded front camera that brings new features, but we’ll discuss that further below. 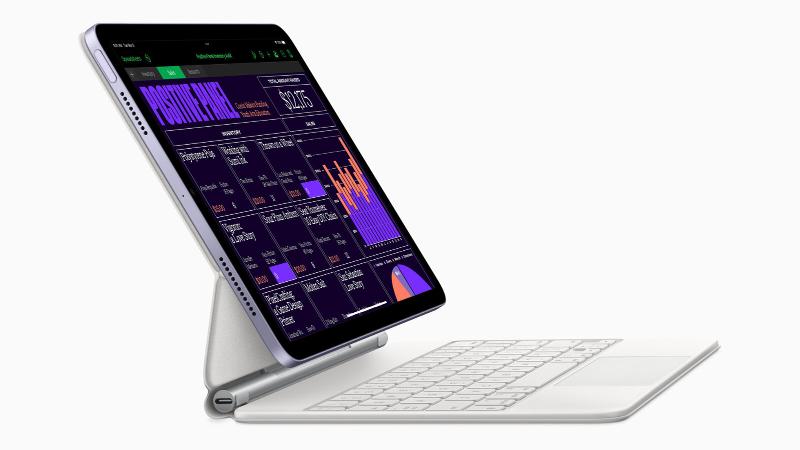 One way to differentiate the new from the old is with the liveries. You can get a range of tones on either, but there’s very little overlap: only the Space Grey option is offered for both. Purple is the most obviously eye-catching new colour, but this is very much a matter of personal taste.

When the iPad Air (2020) was launched it was heralded by some as an affordable iPad Pro for normal people. Apple took this and ran with it on the new model, as it has a few upgrades that make it a serious computational machine.

The headline feature for the new iPad Air (2022) is the inclusion of the M1 processor, replacing the A14 Bionic used by the 2020 model. This brings Pro-level performance to the Air, as it’s the same chip used by the current iPad Pro 11in and iPad Pro 12.9in, not to mention several Macs.

If you want to use your iPad Air for creating digital art, photo editing or high-level gaming, then the M1 will make everything a breeze. That being said, if your usage is more tailored towards content consumption, note-taking, light photo editing and basic art, then the A14 Bionic will handle it all with aplomb.

As this is the key differentiator between the two models, those working out which one to buy should carefully consider what they want to do with their iPad. The A14 Bionic is no slow-coach, so if you don’t need pro performance, you can probably save the money and go for the iPad Air (2020).

As stated earlier, the displays on the two iPad Airs are the same. That means you get a 10.9in Liquid Retina panel running at a 2360×1640 resolution, 264ppi, with identical brightness levels and all the usual True Tone, Wide colour (P3) and fully laminated screens that we’ve come to expect from iPads at this level. 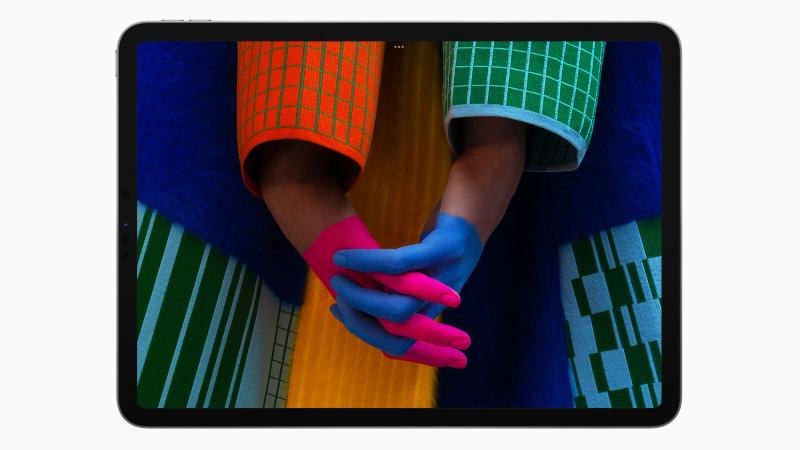 Even though the processor in the iPad Air (2022) can handle all kinds of animation and graphical challenges, the refresh rate hasn’t changed for the new model, staying at a rather disappointing 60Hz. That means if you want the super-smooth ProMotion displays that run at 120Hz, then you’ll need to stump up for an iPad Pro instead.

For the most part the main camera on the iPad Air (2022) is the same as its predecessor. It seems to be an identical 12MP f/1.8 sensor that features Smart HDR 3 and Wide colour, and can record video at up to 4K/60fps, with options for Slo-mo (1080p/240fps), Continuous autofocus and Cinematic video stabilisation.

The only difference is that it offers extended dynamic range for video up to 30fps and can record 1080p at 25fps and 30fps as well as the 60fps offered by the 2020 model. Whether these are things you’d use is debatable, but they are present.

The larger change is on the front-facing camera where Apple has replaced the ageing 7MP f/2.2 FaceTime HD unit of the iPad Air (2020) with a much better 12MP Ultra Wide f/2.4 shooter. The main advantage of this is that it allows the newer iPad to offer Centre Stage, the clever zooming-out and tracking capability that can keep you in the centre of the shot on video calls even if you’re moving about. There’s also extended dynamic range for video up to 30fps and the additional HD fps options offered by the main camera.

Basically, if you use your iPad for video calls and like the sound of the Centre Stage feature, then that’s a great reason to select the new iPad Air over the old one.

The last of the tent-pole features Apple bestowed upon the new iPad Air is 5G connectivity. Obviously this only applies to models that come with cellular connections. So if you only buy Wi-Fi versions then this capability won’t be included.

If you like to have a network connection where Wi-Fi fears to tread, then you’ll have a faster one on the new iPad Air (so long as your network provider offers the feature in your area).

For a more detailed look at the specifications for both devices, here’s a breakdown:

The iPad Air (2022) is available to buy now and comes in the following configurations:

When it was released, the iPad Air (2020) offered the same configurations and at very similar prices:

Now that Apple has stopped selling it, you might be able to pick up some decent deals if you shop around. Take a look at our best iPad deals roundup to find what offers are currently available for both devices.

There’s no doubt that the new iPad Air (2022) is an excellent device that really does get you into the territory of the iPad Pros at a cheaper price. The M1 is a fantastically powerful processor that will make light work of anything you can throw at an iPad, plus the slightly improved cameras and addition of 5G are nice to have.

That being said, if you have a current iPad Air (2020) then we don’t think there’s much point in upgrading. All that power is great, but only if you have a need for it. Otherwise, we still think if you can pick up the older model on a good deal, then it will deliver the iPad experience most people desire but will leave a few quid in your pocket too.