Apple will present the balance sheet for its first quarter of fiscal year 2021 on 27 January and market researchers such as IDC and Gartner are already presenting their calculations on the number of units sold, despite the fact that Apple does not reveal this information.

IDC has already reported great figures for the Mac and now Gartner is adding more positive news: Compared to the previous year, Mac sales increased by 3% in the fourth calendar quarter of 2020.

In the last three months of 2020, worldwide PC sales reached 79.4 million units, which corresponds to an increase of 10.7%.

The need for digital equipment has increased enormously during the pandemic. Overall, the manufacturers sold 275 million units in 2020, 4.8% more than in 2019. 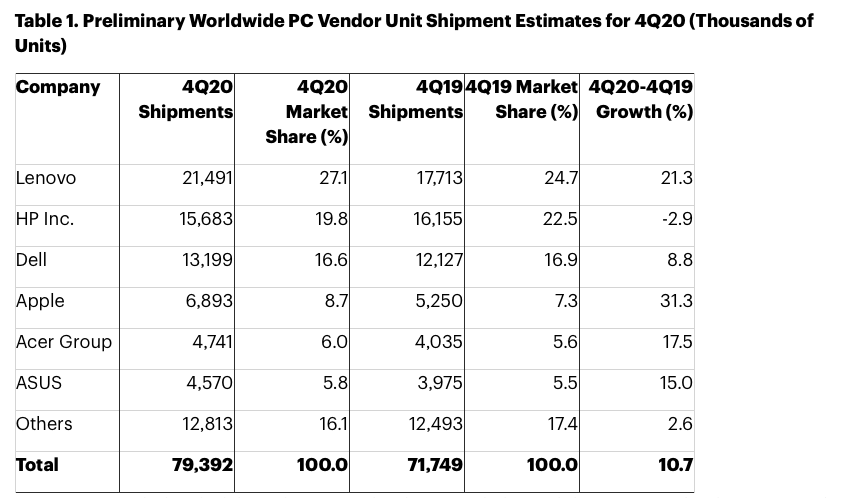 Apple in particular grew strongly and sold 6.9 million Macs in the fourth quarter – in the previous year it was 5.3 million. For Apple, however, it is not only the increased demand for computers for the home office and distance teaching that plays a role; the first Macs with Apple Silicon arrived in November and bring significant improvements in terms of price to performance ratio and many buyers may have put off purchases while waiting for their launch.