It’s been a brutal year, but Apple has come out of 2020 with a litany of successes to look back on – as well as some missteps and miscalculations it might with hindsight have handled differently.

In an extended edition of our weekly Apple Breakfast news roundup, we look at the big Apple-related stories throughout the year.

The year starts quietly, and the Apple press is largely occupied with rumours about products that will launch later in 2020, such as a 5G iPhone (and a replacement for the iPhone SE), an updated iPad Pro and a MacBook Pro with an improved keyboard. Most of the rumours turn out to be true; Apple’s veil of secrecy has been weakening for some years, but the unusual conditions under which its employees are obliged to work in 2020 will make it impossible to keep things hidden for long.

Macworld also takes the time to explain how to swear on an iPhone. Like we say, it’s a quiet month.

Reports from Apple’s Asian supply chain warn of delays as a result of COVID-19, with suppliers operating at only 30% to 50% of capacity: the autumn’s all-important iPhone launch may have to be pushed back. Later in the year the tables will be turned and Apple’s home nation, the US, will be affected more badly than China.

On 12 February Mobile World Congress is cancelled, and numerous other major tech events follow suit. The big question for Apple watchers is this: will WWDC be cancelled?

2 March: Apple agrees to pay out between $310m and $500m to millions of customers affected by the so-called Batterygate iPhone problem.

13 March: Apple confirms that WWDC will go ahead in June, but it will be online-only. The company promptly closes all of its Apple stores outside China.

16 March: Apple is fined a billion euros for ‘cartel’ behaviour in France.

18 March: It’s time for Apple’s traditional spring launches. We get a new MacBook Air, a new iPad Pro (in 11in and 12.9in sizes) and a new Magic Keyboard for the iPad Pro.

Note that the MacBook is based on Intel chips, which will prove significant later in the year.

15 April: Surprise! There’s a new iPhone. It’s an updated iPhone SE, reviving a brand that most of us thought was gone forever, having been launched in March 2016 and discontinued in September 2018.

The new SE gets rave reviews and appears to sell well, offering a hint that relatively small and relatively cheap phones can be quite popular. Who knew?

4 May: Good news for MacBook Pro fans feeling neglected after the Air’s update in March. The new MacBook Pro 13in, like the Air, is based on Intel chips.

5 May: Daniel Ek, the boss of Spotify, claims in an interview that Apple’s platform is not yet “open and fair”. We’ll be hearing more about the way Apple treats its partners later in the year.

20 May: Analyst Ming-Chi Kuo says Apple may release an iPhone this autumn without any bundled headphones, the first sighting of a rumour that will pop up consistently between now and the launch. It’s correct.

4 June: Tim Cook posts a letter on Apple’s website headed Speaking up on racism, in response to the death of George Floyd on 25 May.

“George Floyd’s death is shocking and tragic proof that we must aim far higher than a ‘normal’ future,” he writes, “and build one that lives up to the highest ideals of equality and justice.”

12 June: It emerges that US antitrust investigators have demanded that Tim Cook – along with a raft of other tech CEOs – face questions over potential anticompetitive behaviour. In Apple’s case the App Store is the focus. Later in the month the EU will follow suit; as will Australia, in September.

That is expected, since Apple does a round of OS updates every summer. A more dramatic announcement – albeit one that was rumoured previously – is the company’s move from Intel chips in its Mac range to proprietary Apple Silicon. We’ll be hearing more about this as the year progresses. 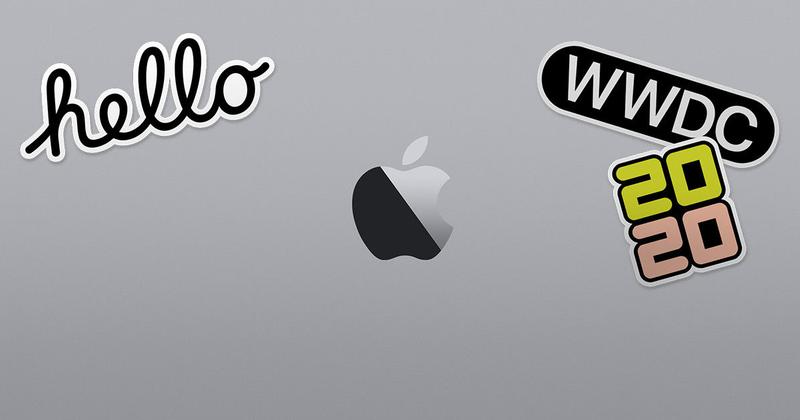 3 July: Online advertisers revolt against privacy measures in iOS 14. The measures will end up being postponed.

17 July: In a class-action lawsuit, Apple is accused of profiting from gift-card fraud.

29 July: Tim Cook faces the antitrust subcommittee. “More than 1.9 million American jobs in all 50 states are attributable to the App Store ecosystem,” he argues.

30 July: Apple’s quarterly report shatters expectations. Less happily, the firm is obliged to confirm that the iPhone 12 is delayed.

4 August: It’s iMac time! The smaller 21.5in model receives only perfunctory changes, switching from hard drives to SSDs as standard, but the 27in iMac sees more significant improvements to its specs. Neither model gets a physical redesign, which we hope will change in 2021.

13 August: Epic Games adds a discounted direct-payment option to its Fortnite mobile game, and Apple promptly removes it from the App Store. Thus begins a prolonged dispute that will hang over the remainder of the year for both companies, with Apple later terminating Epic’s account and both sides getting slapped down at various times in legal proceedings.

It’s all very tedious, but speaks to a larger issue: the relationship between Apple and its smaller (and often much smaller) software developer partners. Does the company treat them fairly? The question will persist.

20 August: Apple becomes the first US company to be valued at $2 trillion.

15 September: Apple holds its Time Flies virtual event, which many fans hope will see the launch of the new iPhones. Instead we hear about two new Apple Watch models (the Series 6 and the Apple Watch SE) and two new tablets (the iPad Air 2020 and the iPad 10.2in 2020).

13 October: A second event of the autumn, this time with the tagline Hi, Speed. And yes, it’s time for some new iPhones.

There are four new handsets: the iPhone 12 mini, the iPhone 12, the 12 Pro and the 12 Pro Max. (Samsung and Xiaomi tease Apple about the lack of a charger with the phones, but it’s not long before Samsung copies the approach.)

But Apple doesn’t stop there. We also get the HomePod mini, a delightful, shrunken version of the HomePod that manages to produce much of that device’s audio muscle at a fraction of the price. 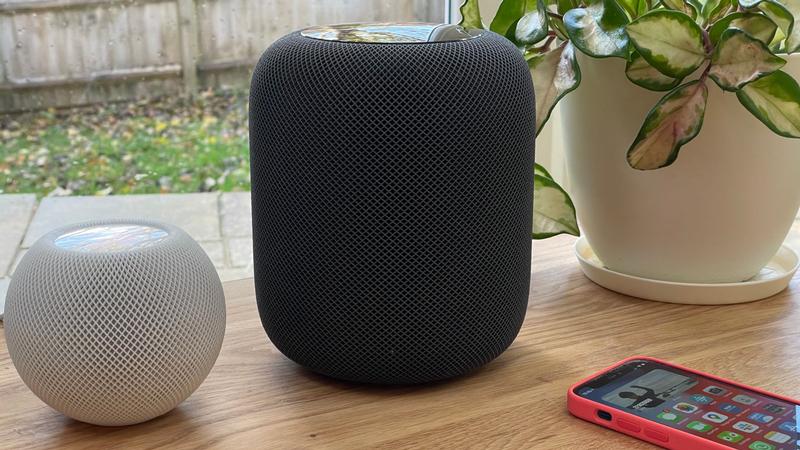 10 November: Apple makes it three events in three months. At the One More Thing virtual event the company goes big on Macs, announcing new versions of its MacBook Air, MacBook Pro and Mac mini with the M1 Apple Silicon processor.

Subsequent testing – such as the benchmarks we ran for our MacBook Air M1 review – reveals that the M1 is a major step up from the performance of Intel’s chips, and thoughts turn to when Apple will install proprietary processors in its other Mac models. You can read our article about Mac trends in 2021 for more on that.

8 December: Many pundits – including this one – assume that Apple is done with the product announcements for 2020. But it has not: it has left the AirPods Max for last.

These prove to be a controversial way to close out the year, not least because of a £549/$549 price tag whose value we were sceptical about. This is a theme taken up by subsequent reviews, which almost uniformly praise the audio quality but question whether it should cost so much (given that the top pick in our best wireless headphones group test costs £350/$350).

They also point out that the Smart Case is actually a bit dumb. Partly because it leaves seemingly the most vulnerable part of the headphones, the mesh headband, unprotected, and partly because you have to use the case to activate low-power mode (or at least, to activate it immediately; Apple later clarifies that the AirPods Max will go into standby even when uncased, but it takes longer).

22 December: Combative Tesla boss Elon Musk claims on Twitter that he tried to sell the company to Apple back in 2017 (at a fraction of its current value) and that Tim Cook wouldn’t even take the meeting.

90% of new phone activations on Christmas Day were iPhones