Apple may have only recently pulled back the covers on the iPad Pro 11in (2020) and iPad Pro 12.9in (2020), but the relentless nature of technology means it’s highly likely the company is already working on the devices that will supersede them in 2021. In this article we gather together the latest rumours of what the new iPads may contain, as well as a few ideas of our own we’d like to see.

Now that the iPad Air has arrived and is giving the 2020 iPad Pro a bit of a run for its money we are all wondering when Apple will update the iPad Pro. We have a comparison of the iPad Air and iPad Pro here, the surprise is just how much better the iPad Air is when compared to the Pro! It’s time for Apple to update its more expensive and, usually, more powerful iPad.

But the question is when will that happen? The release schedule for iPad Pros is irregular, with Apple announcing new sizes and generations at different points in the year, as you can see from this list.

Extrapolating from this data we would tentatively predict that the new updates to the range will appear in November 2021, but actually given the arrival of the iPad Air with a newer processor we actually think that the new iPad Pro could arrive sooner – perhaps with 5G capabilities – in the spring of 2021.

In fact, a 3 November report claims that LG supplying Mini-LED displays for spring launch of iPad Pro. While a September report also suggested that a Mini-LED 12.9in iPad Pro would be “coming early 2021”. So a spring 2021 launch looks likely.

Apple is rumoured to be set to hold a spring event on 16 March 2021. so that could conceivably be the launch date of the new iPad Pro. That date has been suggested by Jon Prosser, who tweeted the following in October 2020:

Well, they won’t be cheap, that’s for sure.

For the past two generations, since moving to the Face ID design, prices have begun at £969/$999 for the 12.9in models and £769/$799 for the 11in variant. Unless Apple introduces incredible new features that bump up the production costs, we’d expect (or at least hope) to see similar pricing on the new devices.

What new features will Apple include in the iPad Pro (2021)?

With the latest models only recently hitting the shelves, there’s little in the way of solid information about what the next versions will bring. But here’s the rumours that have started appearing so far, as well as a few things we’d like to see in the next generation of iPad Pro.

There’s been plenty of speculation over the possibility that Apple could not only introduce 5G capabilities into the expected iPhone 12 models, but also into the next iPad Pro cellular models.

This would allow users to take advantage of the faster network data services that are now being rolled out, with speeds that can eclipse even their home broadband. As Apple seems to be positioning the iPad Pros as laptop replacements, this feature could make them a seriously powerful mobile platform.

If you’re not sure how the technology works or what it has to offer, take a look at What is 5G? for a quick run-through.

The iPhone 11 Pro and Pro Max may have transitioned to OLED displays but it’s expected that Apple will employ mini-LED technology in the new iPads instead. This promises to be more energy-efficient and less expensive, and avoid the burn-in that OLED panels can suffer where the ghost of an image remains on the screen.

We’ve already seen reports of Apple planning on launching mini-LED iPad and MacBook models in 2020, so the displays in the iPad Pros 2021 could well continue that trend. 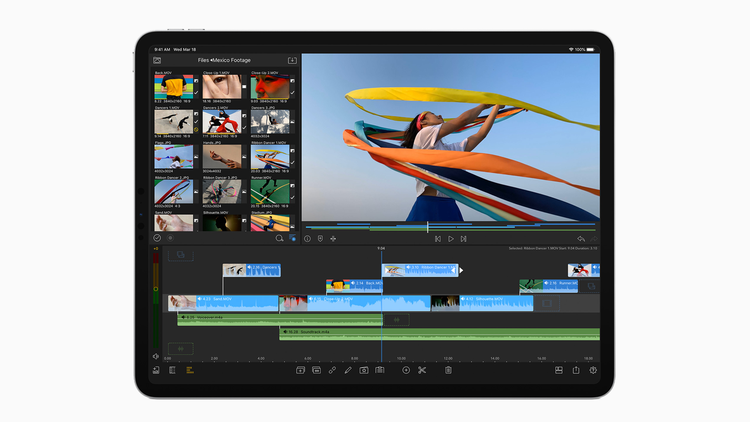 As with every new generation, the 2021 alumni will no doubt arrive sporting the latest in Apple chip technology. When the current iPad Pros were released, they surprised many by the inclusion of the A12Z processors, which was the first time we’ve seen the Z suffix. This could now be the designation given to the Pro range, so we may see the A13Z in the new models.

Whatever chips Apple chooses to use, you can be sure they will offer some of the best performance around, as we’ve seen from the blazingly fast current iPad Pros.

Face ID is great, but some people prefer the tactile nature of Touch ID, plus is doesn’t require an array of special cameras to work. Up until now the inclusion of Touch ID on a device has also necessitated a physical button area for the fingerprint sensor, but as other manufacturers like Samsung, Xiaomi and Huawei are proving you can now imbed them underneath the display.

Adopting this technology on the iPad Pros could allow Apple to further reduce the bezels, affording more display for the user with no increase in the size of the device or even the ability to reduce the chassis itself.

Folding displays are one of the hottest battlegrounds in tech, with companies furiously working to master this challenging area. We’ve already seen the Samsung Galaxy Fold, Microsoft Surface Neo and Huawei Mate X appear, but they’ve not been without their challenges.

Apple has been reported to have patented various bending and scrolling displays, so could it be that it is preparing to wipe away the competition once more with an iPad that can double in size by being unfolded? 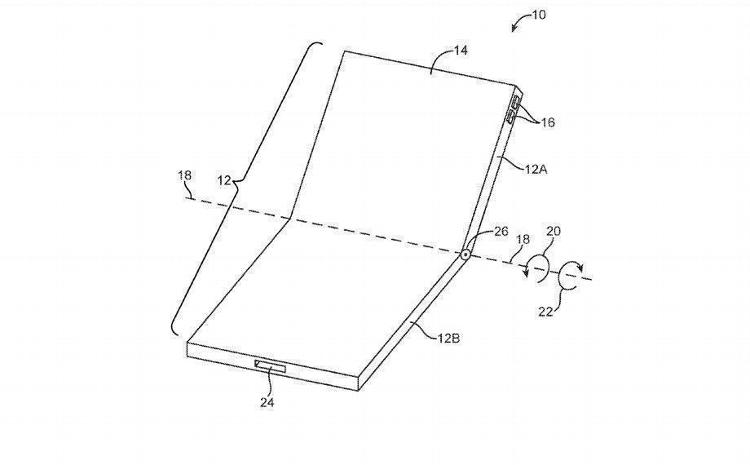 We’ve already covered this area with our Foldable iPhone rumours article, in which you’ll find more details on what such a device could look like. So be sure to take a look at that if the idea intrigues you.

Okay, it’s early days and this will probably remain a pipe dream for a while yet, but we’ve been surprised before and the idea of an iPad mini that can instantly transform into an iPad Max is one that we’d be very excited to see.

At the moment, these rumours remain just that, but keep checking back regularly as we’ll continue to update this article with the latest news as it appears. In the meantime, as it looks likely the new models won’t be arriving soon, take a look at Best iPad deals to see if you can snag a bargain on the current iterations.