Apple generates a lot of news, and it can be hard to keep up. If your mind was on other things this week, our roundup of Apple-related headlines will bring you up to date.

iPhone 12 reviews are in!

I’m still waiting for my iPhone 12, but the lucky early reviewers – including my colleague Mattias Inghe, whose iPhone 12 review I’d strongly advise you to read – have already vomited their thoughts into the howling void we call the internet.

Mattias reports that the new A14 chip “puts iPhone at the top of the performance throne right now”, pitching it at roughly the level of a business laptop for pure processing power and at the level of a previous-generation console for graphics. But he warns that 5G, the new handsets’ flagship upgrade, “is not at all as hot an upgrade as you might think, as the vast majority of users are unlikely to benefit much from the new technology yet”.

It’s a tough sell, marketing-wise, because 5G really isn’t ready for the truly mass market yet – there simply isn’t enough coverage outside the biggest cities. (This is leaving aside related worries, like 5G reducing battery life by 20%, or the fact that 5G currently doesn’t work on iPhone if you use dual SIM cards) But this is a future-proofing exercise for when the coverage is there: a dull but necessary inclusion that somehow has to be jazzed up as a game-changer.

Still: it’s a great phone with much to recommend it. Take a look at our guide to the best iPhone 12 deals if you want to take the plunge. 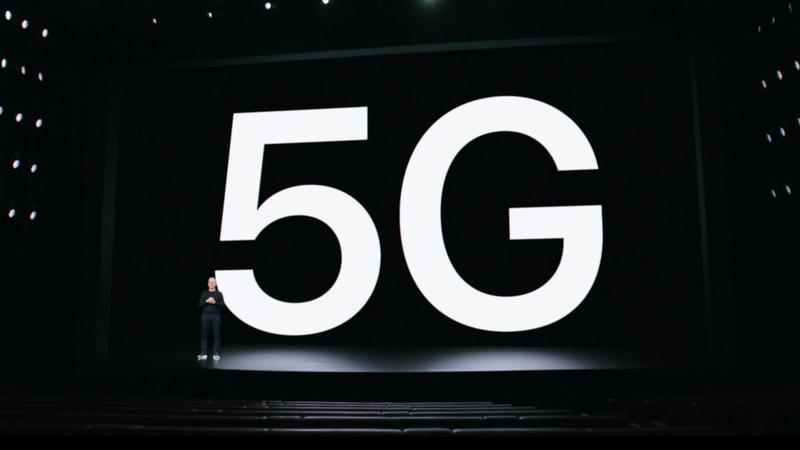 Talking of reviews, this week we also published our iPad Air (2020) review. André called it “a significant step forward from its predecessor”, and noted that the gap between the Air and Pro models is shrinking. He also felt the power-button fingerprint scanner worked better than expected, although still suspected that it failed to work more often than the equivalent in the Home button.

Oh no! Apple accidentally sold a bunch of new iPhone cases without remembering to cut out the speaker holes. Lads, this is basic.

Samsung and Xiaomi have posted cheeky ads taking the mickey out of Apple for leaving the headphones and charger out of the iPhone 12’s box. All very funny, but it might look bad if they end up following suit.

Samuel Nyberg explains why we will never see an iPhone with USB-C.

Apple has been accused of censoring protesters in Belarus, in a case that sits in that uncomfortable grey area between freedom of expression and safety from harm. Protesters used the Telegram iOS app to spread information about allegedly violent members of the security forces; Apple felt this would put the security forces at risk of harm in turn, and asked Telegram to remove the channels.

Senate documents show that Apple spent $1.56m lobbying US politicians in just three months. The company spoke to officials about such topics as the coronavirus pandemic, autonomous vehicles, environmental protections, the treatment of minorities and tax breaks on domestic chip production.

The inclusion of an OLED display means iPhone 12 screen repairs cost up to 41% more than the equivalent for iPhone 11.

A woman in the US has sued Apple, after spending $3,312.19 on in-app purchases. She says the app in question should be classed as gambling, a category Apple officially prohibits.

Apple has launched a music video channel. It sounds like MTV, before MTV went rubbish.

Karen Haslam offers detailed advice to those looking for the cheapest iPhone.

Update alert: new versions of GarageBand and iMovie have rolled out for iOS. Among other things there are new quick-start options direct from the home screen, and changes to maximum song lengths.

Apple’s TV app is coming to the PlayStation 4 and 5. Apple is doing well on the consoles, having announced earlier in the month that the app was coming to the new Xboxes.

The ‘infamous’ Windows Trojan GravityRAT has hit the Mac. It can upload Office files, take automatic screenshots and record keyboard logs, among other things, and has been used to attack the military.

The ‘default apps’ bug has returned to iOS 14 – but it’s slightly different this time. iPhone owners who switch to third-party mail and web-browser apps are now finding that these revert to the default when they update the app. (In the previous version of the bug, this happened when they restarted the iPhone.)

A small number of Apple Watch SE owners have reported problems with overheating. In one of the cases the owner suffered a burn on his arm.

And on the positive side, Apple has released a third software update for watchOS 7 to address a bug that caused the Apple Watch Series 3 to restart unexpectedly.

Rumourphobes may want to look away, but we’ve already posted our iPhone 13 news roundup. Yep, it must be October.

Talking of which, we’re hearing that the iPhone 13 will have a fingerprint scanner embedded in the screen.

And that’s it for this week. Stay Appley!