The Apple Watch Series 4 (which we review here) was announced on 12 Sept and will go on sale on 21 Sept. But how does it compare to the previous generation?

The Series 3 – which has been available since autumn 2017 – gets a price cut to celebrate the launch of the Series 4. It now starts at £279/$279 when bought from Apple. Take a look at our roundup of the best Apple Watch deals for the cheapest places to buy.

But it’s not bulkier to accommodate these displays. In fact, because of smaller bezels and a slimmer body, it’s lower in volume than the older device.

We’re very fond of the Series 3 design, natty red dial and all, but the Series 4 looks like a significant improvement in this area. Here’s what the 3 looks like: 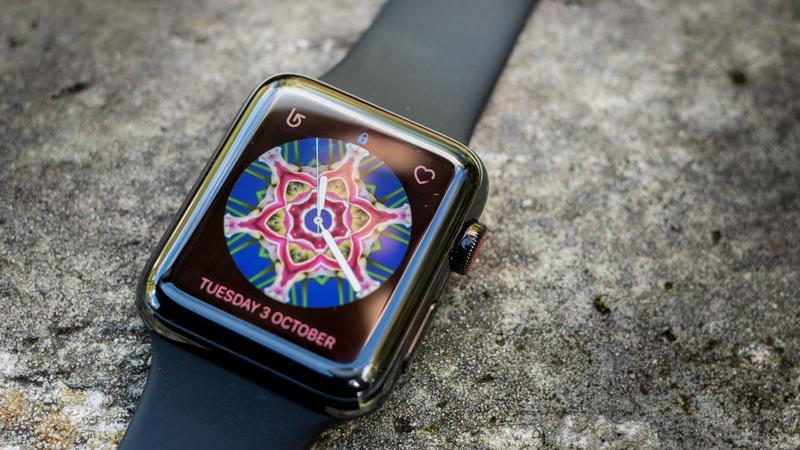 And here’s the Series 4, complete with its new dynamic flame face. 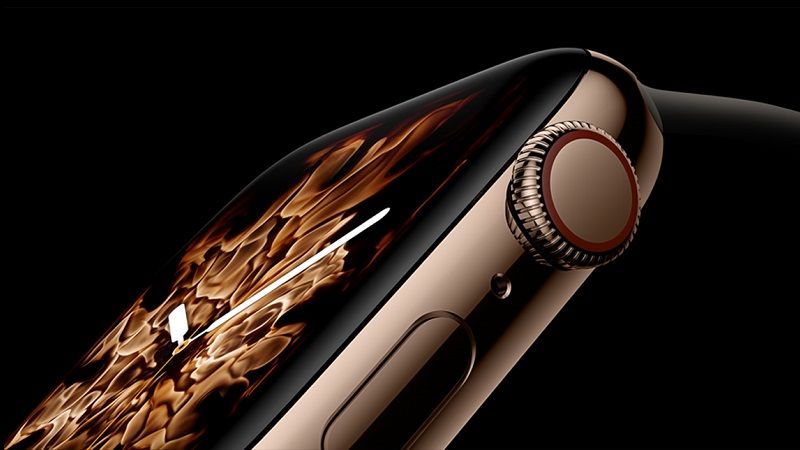 The screen now goes almost to the edge of the body, you see: there’s very little bezel at all, and the screen curves at the corners to hug the chassis more closely. 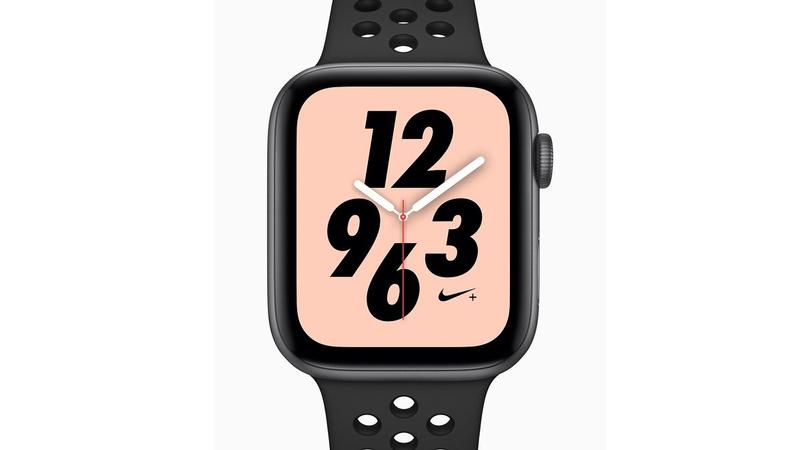 One last design change worth mentioning: there’s a new gold stainless steel finish. The full set of Series 4 material/colour combinations is as follows:

The ceramic Edition version of the watch has been dropped, in other words.

We haven’t been given a full specs list for the Series 4, but we know two things: its S4 processor is a lot faster than the previous generation (twice as fast, in fact); and its battery life is the same, rated at 18 hours. The latter is we suppose pretty impressive, given that it’s slimmer and has to power a bigger screen, but we couldn’t help being a bit disappointed.

But features? That’s a different matter – we know plenty about those.

Apple calls its new smartwatch an intelligent guardian for your health. One way in which it’s got your back is a new fall-detection feature, which works out when you’ve taken a tumble and, if you stay still for a worrying amount of time afterwards, calls the emergency services.

Apparently the position of your arms when falling is identifiably different to their position when slipping or performing other less dangerous activities. This is how the watch decides what’s going on.

Here’s how to use fall detection on the Apple Watch.

The Apple Watch Series 3 has a heart rate monitor, and among other things this can be set to warn you if it detects a prolonged elevated heart rate when not exercising. But heart monitoring is greatly expanded in the Series 4.

Most straightforwardly, it now looks for and warns about lower heart rates too, which can also be a sign of health problems. And it detects irregular heart rhythms, a warning sign of atrial fibrillation.

The most interesting feature, though, is a full-on ECG function. There are electrodes in the Digital Crown and a new electrical sensor in the watch’s underside, and these mean that by touching a fingertip to the dial you can get an ECG reading. By taking readings at times of unusual heart activity – readings which are stored in the Health app – users will be better able to discuss issues with their doctor; often doctors have difficulty diagnosing heart complaints which appear infrequently and not when the patient is examined.

Apple has come up with a bunch of new watch faces for the Series 4. Some are simply designed to make the most of the extra screen space, such as a customisable face with room for an extraordinary eight complications, or another with thumbnails of your loved ones that can be tapped to call or message them.

But some just seem to have been added because they look lovely. There are new dynamic faces, with fire, water, liquid metal and vapour graphics, and a new Breathe face that offers three calming, beautiful variations on the breathing animation.

It feels like a no-brainer: the Apple Watch Series 4 features a slimmer body and (thanks to better use of the available chassis space) a larger screen, has a processor that’s twice as fast and comes with a raft of new health features including fall detection and more sophisticated heart sensors. It’s hard to make a case for the Series 3 – except that it now gets a price cut and starts at just £279/$279.

If you’re on a budget and can live without fall detection and heart monitoring (or probably more pertinently, can manage without quite so much screen space) then the Series 3 won’t let you down. It’s a more than decent smartwatch with a nice design. But we’ve only got eyes for the Series 4.