What can Apple do to make the smartwatch a real must-have piece of tech?

Update: A new rumor suggests the production of the Apple Watch 3 will be handled by manufacturers Quanta Computer and Compal, plus there’s a suggestion it will launch in the second half of 2017.

The Apple Watch 3, or the Apple Watch Series 3 as it will probably be called, is a long way off yet, but there are already a few rumors about it and as the biggest name in smartwatches it’s sure to be the subject of numerous leaks well before its launch.

This guide will keep you up to date with all the latest news and rumors, along with our own analysis.

If that’s not enough we’ve even added a wishlist of features we want to see -please let us know in the comments below what you’d like added in as well.

Cut to the chase

There aren’t many release date rumors yet and while we can often look at previous releases to guess at the schedule that’s not as easy with the Apple Watch, as rather than a roughly 12-month gap between the first two there was a 17-month one.

If it arrives then, it will probably launch alongside the iPhone 8. But the original Apple Watch launched in April, so perhaps we’ll be waiting until April 2018, or maybe Apple will choose another date altogether.

All we can say for sure is that you’ve got a long time to save, as we don’t really expect this to be a yearly-refreshed device from Apple, as it would create too many variants with not a lot to actually put in as an upgrade.

The latest rumor does suggest Quanta Computer will no longer be the sole manufacturer of the Apple Watch 3 and it will now share production with rival Compal. The rumor also suggests it will launch in the second half of 2017, so alongside the iPhone 8 may be a possibility.

We wouldn’t expect the size or shape of the screen to change for the Apple Watch Series 3, so expect a square 1.65-inch display.

It’s likely to still be OLED too, especially now that Apple is rumored to be moving towards that tech for the iPhone 8, and it offers such great technological benefits. 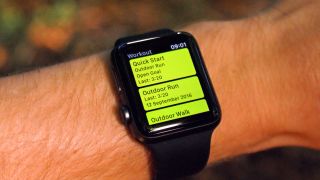 On the other hand, it’s also been rumored Apple is considering Micro-LED panels for its next generation wearable. These are brighter and more power-efficient than OLED, but they also tend to be more expensive.

Whatever the technology, there’s a good chance that the resolution will remain at 390 x 312, as Apple rarely seems in any hurry to up the resolution of its devices.

Saying that, this is one area which could stand to be improved, as while the Apple Watch 2 has a fairly crisp display it’s not quite pin-sharp, which isn’t ideal given that analog watches don’t have to worry about this issue, and Apple would love to be the equal (or better) of anything in that market.

TechRadar’s take: Apple is sure to improve the screen in some ways, be it a jump in resolution or changing the display technology, but don’t expect big changes. 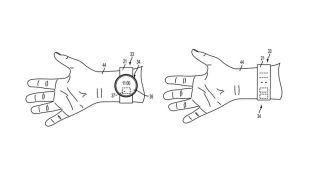 For one thing, there’s an Apple patent detailing a smart fabric wristband that could act as an extra display, showing the time or simple notifications. We’re wary of patents as they often don’t turn into anything, but this would be a clever way to extend the otherwise small screen of the Apple Watch.

We could also see new materials used in the case. Apple added a ceramic option for the Apple Watch Series 2, but there have been whispers of a titanium or platinum case, as reported by Apple Insider, and there have long been rumors of Apple working with Liquidmetal, which would be excellent for a timepiece.

It’s also possible that the Apple Watch 3 will be smaller and slimmer than current models. One rumor suggests the Apple Watch 3 may achieve this thinner design through Apple moving the haptic sensor to the strap of the watch.

Another patent even details a plan to include modular functionality on the strap of the watch. You could potentially add extra battery, biometric sensors, speakers, cameras or even solar cells to charge the device when out and about.

It would also let you swap out features to make sure your device doesn’t age so quickly.

On the other hand, the Apple Watch 2 is actually marginally thicker than the first generation, so Apple might choose to pack more tech in instead of slimming it down.

TechRadar’s take: One or more new case materials are likely to be added, but most of the current ones will probably remain. The overall look of the Watch is unlikely to change much. We also don’t expect a modular design, as no-one seems to have cracked this yet.

With multiple firms getting involved with e-ink or monochrome LCD displays for smartwatches, we can only hope that Apple might do the same by fusing a low-power screen with a high-resolution display, getting the best of both worlds. 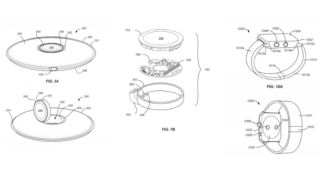 And when it does come time to charge there might be a more convenient solution this time, as an Apple patent has been unearthed, showing a wireless charging stand that would charge the Watch no matter how it’s placed on the base.

This would not only make it easy to connect to the charger, but also mean you could charge the Watch while it’s lying at an angle, so you could for example use it as a bedside clock.

TechRadar’s take: A FaceTime camera doesn’t seem like it would be a priority feature, but may be included if Apple can fit one in without sacrificing much else. Expect at least two days of battery life, possibly longer. 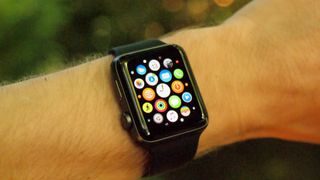 Beddit has an comprehensive iOS and Apple Watch app, but it currently requires an expensive, sensor-filled piece of fabric that slips under your mattress. Not ideal.

The bigger issue is battery life. Apple really needs to extend the Apple Watch 3 battery to three days to make it ideal for wearing a Watch while sleeping.

Depending on when it launches, the Apple Watch 3 will likely run either watchOS 4 or watchOS 5. There’s no news yet on what features these might include, but Apple is likely to further work on optimizing performance. 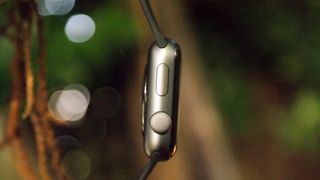 That should also be helped by a new processor, which will probably be called the S3. It’s likely to be a dual-core chip, much like the S2 in the Apple Watch 2, but will presumably be significantly faster.

TechRadar’s take: The Apple Watch 3 will run whatever the latest version of watchOS happens to be when it launches – probably watchOS 4. You can expect snappier performance too.

Apple added GPS to the Apple Watch 2, so you can track your runs without a phone, but with the Apple Watch 3 the company might go one better and allow it to work completely independently of an iPhone.

We’re not just talking fully standalone apps, but also potentially its own SIM card, allowing access to mobile data and the ability to call and text even if you’ve left your phone at home.

Supposedly Apple considered these sorts of features for the Apple Watch 2, but found them too much of a drain on the battery. If the company can overcome that problem this could become the main selling point of the Apple Watch 3.

Another interesting fitness angle was spotted by BikeRadar as a new feature in the updated Apple Watch, where it could function as a power meter for cyclists.

The watch, detailed in a patent application, would be able to take into account elements like speed, wind resistance (somehow), hand position and angle… all making it possible to determine a rider’s power output.

What’s most interesting about this application is the wider fitness capabilities Apple seems to be imbuing the Watch 3 with, showing that the brand sees this as a key battleground for its wearables.

TechRadar’s take: Cellular capabilities could be the big feature the Apple Watch 3 needs to really stand out from previous models, so this is likely to be something Apple will try to include.

How to set up your Apple Watch