Apple TV 5th gen: what will we see from the new Apple TV?

Update: A new report from Buzzfeed suggests that Apple is preparing to announce that Amazon Prime Video will be coming to Apple TV during its keynote at this year’s WWDC on June 5. This adds more weight to another recent report from ReCode which also suggested suggested that after a long period of absence, the Amazon Prime Video app might be about to land on Apple’s set top box.

In addition to Apple putting Amazon’s app on its device, the Buzzfeed reports that we could also see Amazon starting to sell Apple TV on its website, a big change after it pulled them two years ago.

When it comes to TV streaming boxes, it’s safe to say the Apple TV isn’t exactly king of the hill. We’re currently in the product’s fourth generation, and Apple hasn’t delivered on the TV revolution it promised. In fact, it’s struggling to compete with other streaming options like Amazon Fire TV, Chromecast, and Roku.

There are many reasons for its shrinking market share, from its relatively high cost to its uncompetitive content and its lack of 4K support. We go into them in much more detail here.

However, while Apple’s not at the top of its game with its TV streaming box, that doesn’t mean it’s out of the league completely. It still has a chance to get things right with a new, fifth-generation Apple TV, and here are all the rumors about the new device. With nothing confirmed as yet, all of this could be subject to change, but there’s a lot of information out there to draw upon.

Cut to the chase

Alright, so, Apple hasn’t officially confirmed that a new Apple TV is imminent, but it also hasn’t said that there isn’t one on the way. In a recent earnings call, Tim Cook told investors that the company was happy with the way the new Apple TV was coming along while teasing that there’s “more things planned” for it in the future.

Considering it’ll soon be two years since we saw the last update to the device and late last year the third-generation Apple TV was pulled from stores, we think this is a fairly good indication that there’s a new model on the way soon.

Though an announcement could happen at any time, there are a few points throughout the year when Apple is most likely to make some kind of Apple TV announcement. The first such possibility is at its Worldwide Developers’ Conference which is taking place in June.

However, as WWDC primarily focuses on software updates, a repeat of the previous generation’s September announcement and October launch seems more likely. Particularly as September is usually the time Apple makes its big hardware announcements.

How much will it cost?

In light of this, it wouldn’t be a bad idea for Apple to drop the price of its newest model when it’s released or improve the content it offers to justify its higher price point.

It’s pretty much certain that the Apple TV fifth-generation will also offered tiered pricing and it’s highly likely Apple will keep the fourth-generation Apple TV around at a lower price point as a more affordable alternative as it has done in the past.

What features will it have?

The fourth-generation Apple TV was revealed more than three years after the third generation model, but to make up for the long break it was a fairly big update with a brand new operating system, a new remote and even Siri integration.

Something it was missing, however, was support for 4K and HDR content. When the fourth-generation Apple TV was launched at the end of 2015, 4K video was in its infancy and arguably not big enough to justify including support for it at that time.

Now that we’re a good chunk of the way into 2017, 4K support is pretty much a standard feature on larger high-end TVs and as streaming services such as Netflix and Amazon rapidly increase their 4K content streaming devices from Amazon, Roku and Google have been quick to release devices which support it too. 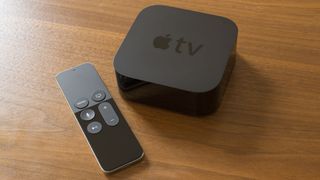 This leaves the fourth-generation Apple TV looking woefully out of date compared to its competitors. If Apple has any hopes of retaining its small portion of the market share, its new device should be capable of streaming 4K content.

Power, speed and design have never been a particularly big problem for the Apple TV but it’s still likely the new release will be a little faster, a little more powerful and perhaps a little smaller or slimmer.

It’s also possible that Apple will introduce a larger hard drive option, or at the very least offer a way to expand memory externally. Earlier this year Apple announced it was upping the maximum allotted size for apps on the Apple TV from 200MB to 4GB. This is great in terms of bringing larger apps to the device, but the current Apple TV only comes in two sizes – 32GB and 64GB.

Aside from essential hardware changes, we imagine the biggest changes we’ll see will be in the device’s software, particularly as  Apple’s CEO Tim Cook has said that the new Apple TV and tvOS were “building the foundation for what [Apple] believe can be a broader business over time.”

Another interesting rumor is that the new hardware could finally see the Amazon Prime Video app for the first time on the platform. Amazon’s service has so far been absent from the player, but given its increasing importance it’s hard to imagine how Apple could let that remain the case for much longer.

Finally, developer logs spotted just last month suggested that Apple is developing a device that runs tvOS 11. We would expect to see this new tvOS released alongside iOS11 later this year.

Siri was introduced to the Apple TV in 2016 so we imagine its capabilities will only continue to improve.

It’s perhaps possible that Apple will use Siri’s integration into the Apple TV to expand into more smart home capabilities. Apple brought HomeKit control to tvOS 10 and then in tvOS 10.0.1 it supplemented this with support for App Launch and Wi-Fi Accessory Configuration which made it possible for HomeKit accessories to launch and configure via the Apple TV.

A possible next step is to bring the Home app currently available on iPhone, Apple Watch and iPad to tvOS 11 and turn the Apple TV into a fully-fledged home hub. 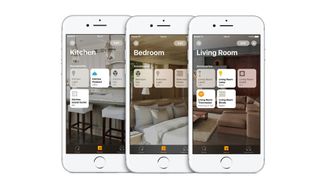 Not only would this give Apple TV a way to stand out from other streaming devices, it would allow Apple to simultaneously keep up with Amazon’s Echo and Google’s Home devices without the trouble of introducing a brand new product to the market.

A key area where Apple will have to improve is in the content it offers. Apple has never been able to meet its ambitions in the pay TV space – it’s failed to make agreements with key TV production companies and plans for a live TV streaming service have never come to fruition.

However, the recent increase in app sizes allowed on the device suggests we’ll certainly see some more gaming apps come to Apple TV in the future and Apple appears to be working hard to create its own original content with things like Carpool Karaoke and Planet of the Apps. This original content at the very least gives Apple something more to add to its TV app. 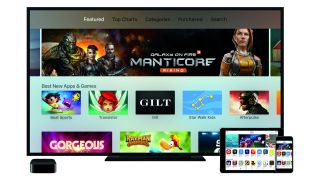 It’s also recently been reported that Apple is planning to introduce a service that would bundle channels together under one single monthly fee.

This service would take channels such as HBO, Showtime and Starz which offer separate subscriptions and bring them all together into one convenient bundle.

Nothing has been confirmed with regards to this and it would require a great deal of negotiation on Apple’s part to establish a bundle that would offer a competitive enough price to lure consumers in. However, it would be a creative solution to the fact that Apple currently only offers individual channels and apps.